Building a Community, Then a Legacy: A Tribute to Adult Synchronized Skating

Before adult skaters began competing in four divisions across the U.S., however, this niche of synchronized skating consisted of one recreational level. Teams primarily comprised skaters’ parents who became involved on ice — but the enthusiasm was enough to have an adult team at the inaugural U.S. Synchronized Skating Championships in 1984. 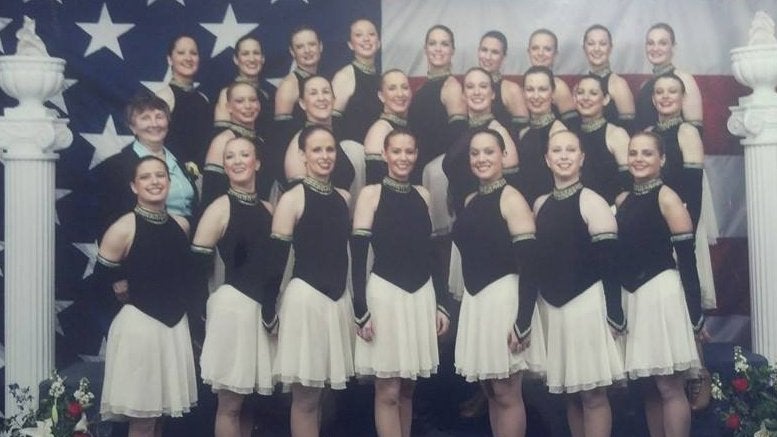 Before adult skaters began competing in four divisions across the U.S., however, this niche of synchronized skating consisted of one recreational level. Teams primarily comprised skaters’ parents who became involved on ice — but the enthusiasm was enough to have an adult team at the inaugural U.S. Synchronized Skating Championships in 1984.

“When I was growing up, adult synchronized skating didn’t receive attention and wasn’t regarded as a competitive division,” said Carrie Brown, founder, director and coach of Allegro! Synchronized Skating Teams. “Now, it’s a division with high-level athletes progressing after skating in junior, senior and collegiate levels.”

Brown, who launched the Plymouth, Michigan, team in 2008, said the “lifelong sport” has evolved to include skaters with broader ranges of ages and skills. There are now four divisions – open masters, masters, open adult and adult. The technicality increases every year. Following this trend, the master’s division transitioned to the international judging system in 2019.

Dede Wilson, director, co-coach and former athlete of Esprit de Corps, echoed Brown, and said several of her athletes have earned gold medals in moves in the field and ice dance.

“In the beginning, teams were doing mohawks (c-step), three-turns and single twizzles here and there,” the Lexington, Massachusetts-based coach said. “Seeing my master skaters tackle step sequences at a much higher speed is night and day compared to the old standard.”

“My teams sometimes are nervous for intersections, but because there is no point of intersection requirement, they don’t have the stress of rotating through the lines,” Brown said. “At the adult level, we also get a choice between three different elements. The flexibility has made athletes hungry to push their technical advancement.”

Skaters competing in any of the four divisions bring more experience and credentials to teams every season. Brown and Wilson said the evolution has encouraged increased participation in both of their organizations.

“This sport is here for athletes of all ages,” Brown said. “You can compete just out of college, or into your 50s and 60s.”

“It’s a lifetime sport,” Wilson said. “I have a skater who is close to her 20th season with the team and she got married this summer. They come to us as adults, but because so many stay involved for years, we still see them grow up into new phases of their lives.”

Perhaps what is most impressive about the sport is the skaters’ sacrifices. Alongside financial commitments, they have to balance their personal and professional lives with their athletic ambitions.

“The skaters who sign up have to see skating as an investment in themselves,” Brown said.

Most organizations like Allegro! and Esprit de Corps practice together once a week on and off ice, but the skaters’ dedication often goes beyond the time spent together. Skaters attend solo sessions and review videos and steps on off-ice lunch breaks.

The skaters’ dedication reflects how much they love the sport. That mentality is essential to developing what the division does best: entertaining programs.

“We want the skaters to enjoy the music, so I stay away from classical music and try to choose clever themes,” Brown said. “I’ve had a gentleman on my team for many years, so we love to highlight him in choreography, like in our bachelor program.”

If a program reflects the team’s culture, the season is always rewarding, according to Wilson. Her motto is whoever has the most fun always wins, regardless of results.

“After 2019, our sunshine-themed program translated into new traditions,” Wilson said. “We walk into competitions and play upbeat music through speakers. Once, while we sang and danced and move through the arena, an official said, ‘Here comes the fun team!’”

It goes without saying adult synchronized skating teams are tight-knit, but the greater community feels like family — which extends to fellow competitors, volunteers and team alumni.

“Adult synchro is about respect for each other,” Brown said. “Athletes retire and move, but they always come back to support. Seeing those familiar faces cheering on the other teams — that’s what motivates the skaters to train so hard.”

When asked about the most rewarding part of adult synchronized skating, Brown and Wilson both mentioned lifelong love for skating shared among the athletes.

“If you grew up skating, there will always be a spot for you in this sport, regardless of time,” Brown said.

“The lives you touched always come back around and share their enthusiasm for the sport,” Wilson said. “It’s contagious — the feeling that you’re a part of something so much bigger than yourself.”