'An amazing drive to improve'

Eric Prober is on track to have success in the senior ranks. 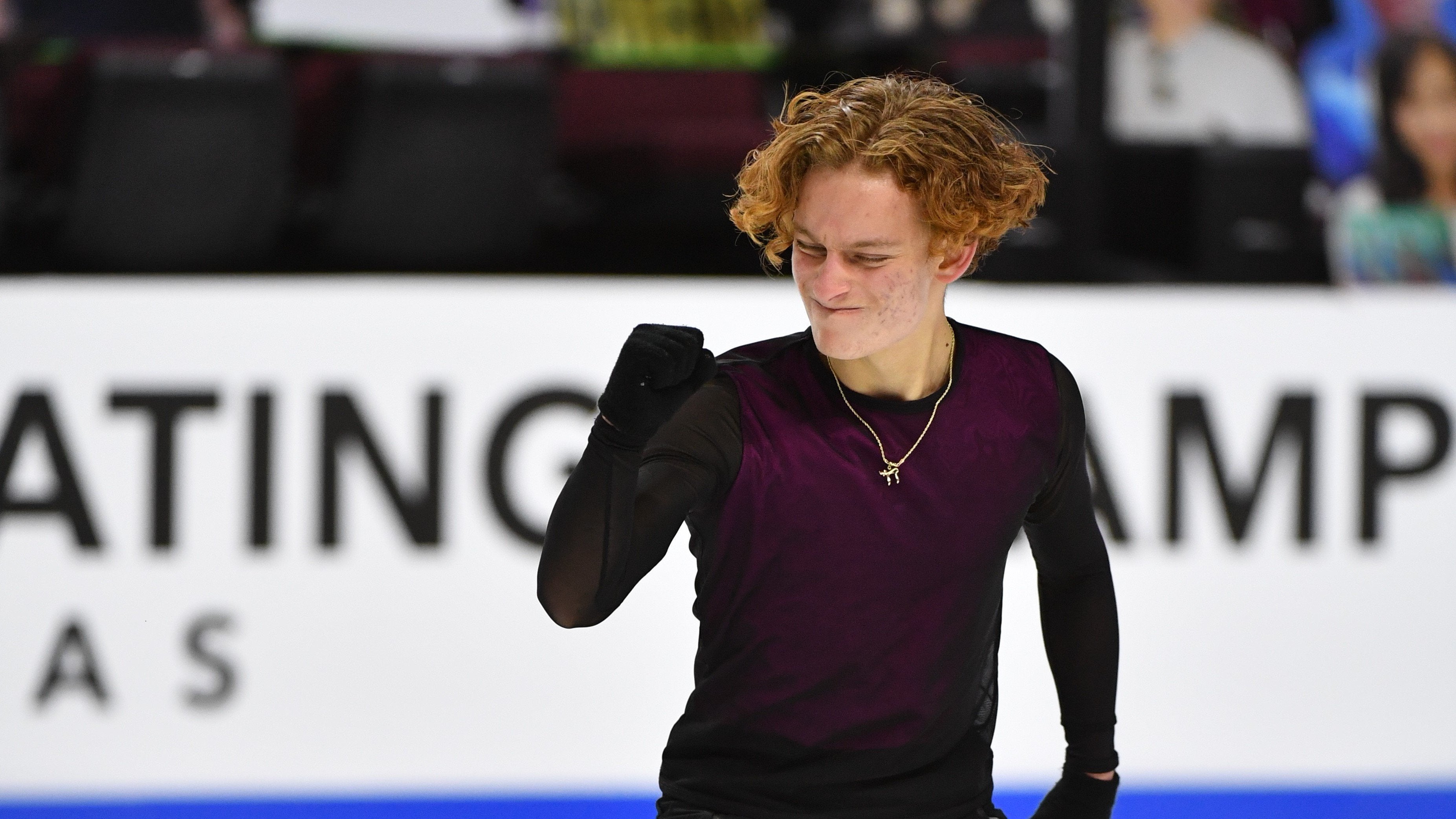 Editor's Note: This story first appeared in the June-July 2021 issue of SKATING magazine

Eric Prober was not the favorite to win the junior event at the 2021 U.S. Championships in Las Vegas. However, after two strong performances, the dark horse became the champion.

“Getting that medal on that podium was really cool,” Prober said. “I felt like I accomplished something.”

Third after the short program, but less than two points from the lead, Prober was in striking distance. For his free skate, he performed to the emotional song “You Are the Reason” by Calum Scott. Prober skated with freedom and lightness, checking off his technical elements with ease.

“Honestly, when he finished his long program, it felt like one of those amazing sports moments you see on TV where if there had been spectators in the stands there would have been a standing ovation,” Prober’s coach Laura Pizzelanti said. “I had tears of joy at the end of his performance.”

Prober, who represents the Panthers Figure Skating Club in Coral Springs, Florida, earned a free skate score of 127.79 with a total competition score of 192.83. Winning the title brought about a mixture of emotions for the 18-year-old skater.

“It was exhilarating and a little bit weird,” he said. “Exhilarating because here I am in the City of Lights doing what I do best, but weird because instead of actual people in the stands, you have a bunch of cutouts looking at you with the same facial expression. It was still a nice surprise to find my family in the stands, even in pictures.”

In order to reach the top of the podium, Prober worked diligently throughout the season to improve upon his shortcomings.

“Eric has the most amazing fast-twitch muscles, hence his speed and power on the ice,” Pizzelanti said. “However, I felt he did everything fast, including his skating skills and choreography. We talked a lot about having different paces in the program. Eric worked hard to adjust this, which in turn calmed him down and helped his technical consistency. He has realized the value in his skating skills and has spent more time honing them.”

Prober began working with Evgeny Platov, the 1994 and 1998 Olympic ice dance champion, in late 2020. The young skater first met Platov while attending a skating skills class. From there, the duo started working together more frequently.

“Eric has an amazing drive to improve,” Platov said. “We worked together on his skating skills and his programs, specifically on polishing them. I broke it down for Eric and showed him how many points he could earn if he improved his components. We focused on his edges, lines and perfecting every detail.”

One of Prober’s biggest strengths as a competitor is his ability to cope with pressure.

“Some skaters are the kings of practice but can’t do it when it counts,” Platov said. “If Eric is under the gun, he can do it.”

Prober and his coaching team have big plans for the 2021–22 season.

“For next season, I would like to see Eric combine his newfound consistency with a new artistic style — faster, new spins, stronger triple-triple combinations and the quad toe,” Pizzelanti said.

From a technical perspective, Prober has specific elements he is focusing on.

“I’m working on my spins and making them far more superior from last year,” Prober said. “Also, I’m working on all the quads I feel comfortable with.”

Prober plans to move up to the senior division. The transition from junior to senior can be challenging, but Prober is taking a balanced approach.

“My goal for next season as a senior man is to make my skating a lot better and to really mature as a skater, but also to have fun and embrace this opportunity,” he said.

With a new title and an improved skill set, Prober is poised to make an impact. Like many other skaters, he is excited to travel again and show what he can do on the ice.

“My goals internationally are to skate in as many countries as possible,” Prober said. “To see the world and land some quads.”

Get to Know Eric

What is on your Spotify or Pandora playlist right now?  A lot of rap because it gets me pumped up for my skating sessions.

What is your dream vacation?  Go to Bora Bora for a couple of weeks and enjoy the views.

What is something SKATING magazine readers would be surprised to learn about you?  I also do jiujitsu and play chess.

When you are not skating, what do you like to do for fun?  I love to play basketball and fish.