One of eight Get Up ambassadors this season, Cole Rohner has undergone 21 different surgeries but loves to entertain and perform on the ice. 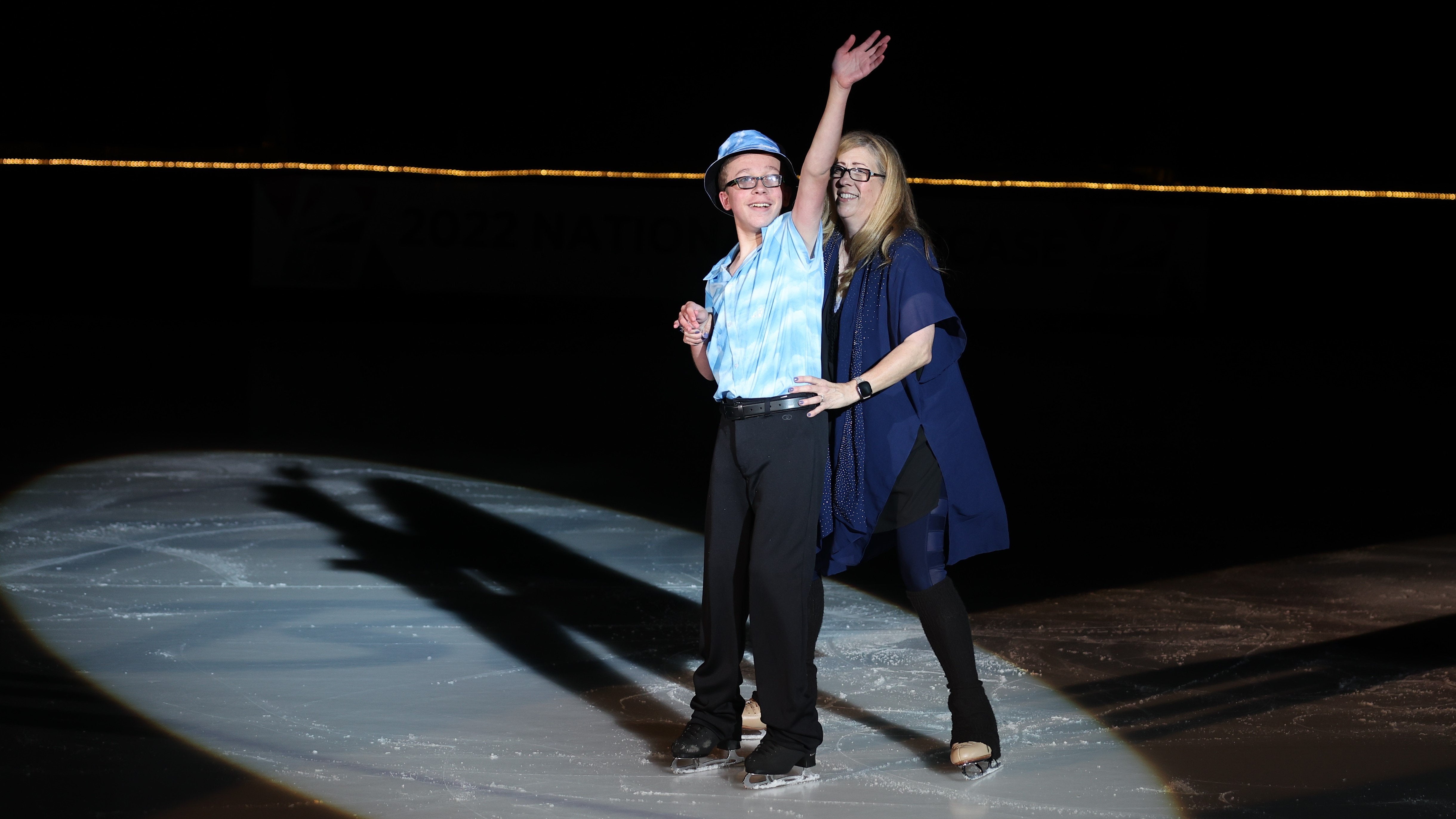 National Get Up Day is Feb. 1. Through the month of February, U.S. Figure Skating will be featuring its eight Get Up ambassadors. The following story appeared in the November issue of SKATING magazine. 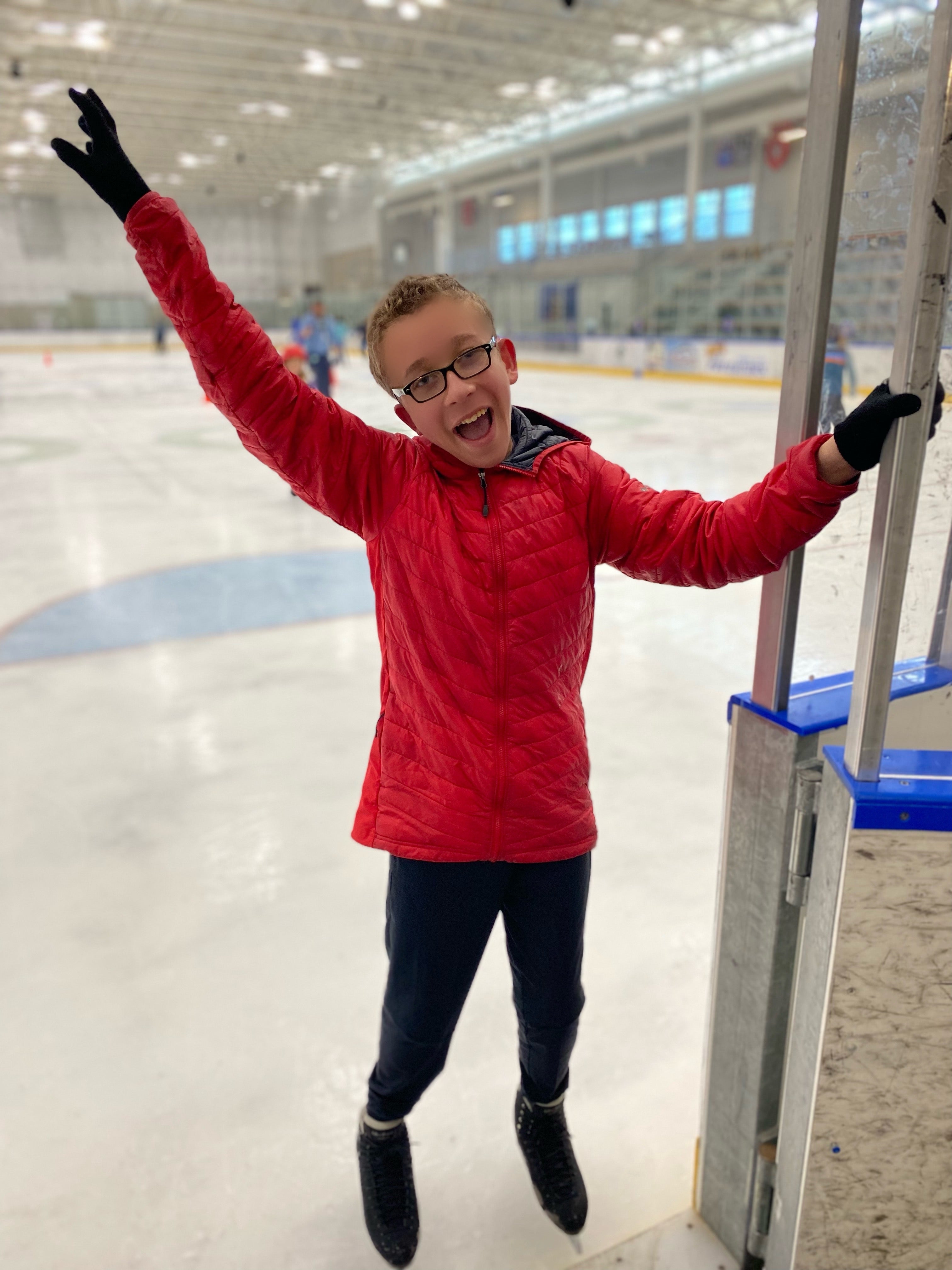 When Cole Rohner takes to the ice for competition, one thing is for certain — the audience is going to be entertained. The 14-year-old Utah native is a throwback to the Golden Age of Hollywood, when films were replete with thrilling dance numbers, and Fred and Ginger were household names.

“The energy of the crowd always inspires me,” the high school freshman said. “It’s amazing to be out on the ice and hear the crowd. It hypes me up. I love to perform so much because it’s the best feeling ever.”

Rohner’s life began when his mother, Lexi — an adult skater — gave birth to Cole and his triplet siblings, Genevieve and Chase, some 11 weeks earlier than expected. The three were so small that each child would fit into the palm of their mother’s hand.

“I had them almost a whole trimester early,” Lexi said. “Cole had a really bad stroke, and a doctor told us that if an adult had a similar stroke, that they probably would not survive.”

The stroke was the first of many medical hurdles that Rohner would have to face, and thus far he has had 13 brain surgeries and a total of 21 different surgeries. The most recent was to replace hardware in his knee last year, and he expects to have one or two similar surgeries over the next couple of years.

Rohner has also received eight different diagnoses, including autism and cerebral palsy. When he was 2 years old, Rohner’s mother, who doubles as his skating coach, decided that it could be therapeutic for him to skate, so she put him on the ice for the first time.

“I put all three of my kids on the ice,” she said. “I figured that they don’t have to be skaters, but if they come with me when I coach, that they could at least learn how to skate.”

Rohner participates in adaptive skating. In his case, Rohner takes to the ice with a partner — his mother, who provides a soft hand to support his balance as he mesmerizes audiences with his entertaining performances.

“He likes to call me his prop,” Lexi said with a laugh. “This is really not about me. I am there to make sure that he doesn’t get hurt and has the opportunity to perform. I competed for 17 years, and I don’t have the fire in me to go out there and do it again. This is a different opportunity that is all about Cole.”

Since he started to compete at age 6, Rohner has competed all over the United States. Most recently he made history at the 2022 National Showcase in Westley Chapel, Florida, where he and Rob Hanley, a wheelchair skater from Colorado, captured a gold medal in the adaptive duet competition — a first for the competition.

“With me living in Utah and Rob in Colorado, we didn’t get to practice with each other until we got to Florida for the competition,” Rohner said. “We choreographed our part and then she sent it to Rob and his coach. Then they choreographed their half. When we got to the competition, we practiced off ice for two days and then on the ice for about a half hour before we competed.”

In 2019, Rohner and his mother skated a duet to Annie Lennox’s “Universal Child” that went viral, with more than 3 million views. In the program, Rohner used a gait trainer — a piece of adaptive mobility equipment that allowed him to stand on his own and share the spotlight with his mother.

“He said that we should skate a duet,” Lexi said. “I knew people would enjoy it, but I did not think it would go where it went. It was cool that the program had that kind of effect.”

Rohner is a three-sport athlete and in addition to adaptive skating, he also trains in adaptive dance and plays baseball.

“I just had a dance performance the other day after playing an all-star baseball game in the morning,” Rohner said. “Oh my gosh it was a wild day! It was a lot of fun.”

And just as he does with his skating, Rohner puts his all into dance and baseball.

“I’ve never stopped trying my hardest,” he said. “I’ve had some challenges in my life that have affected my skating, but I have never given up.”