65 Years After Her Olympic Triumph, Dr. Tenley Albright is Still Blazing the Trail

When Dr. Tenley Albright was first learning how to figure skate, World War II was raging and gas rationing meant that driving to a rink wasn’t a decision to be made lightly.

If it was raining, Albright’s mother would suggest that she just not skate that day, or she’d ask that her daughter get off the ice. 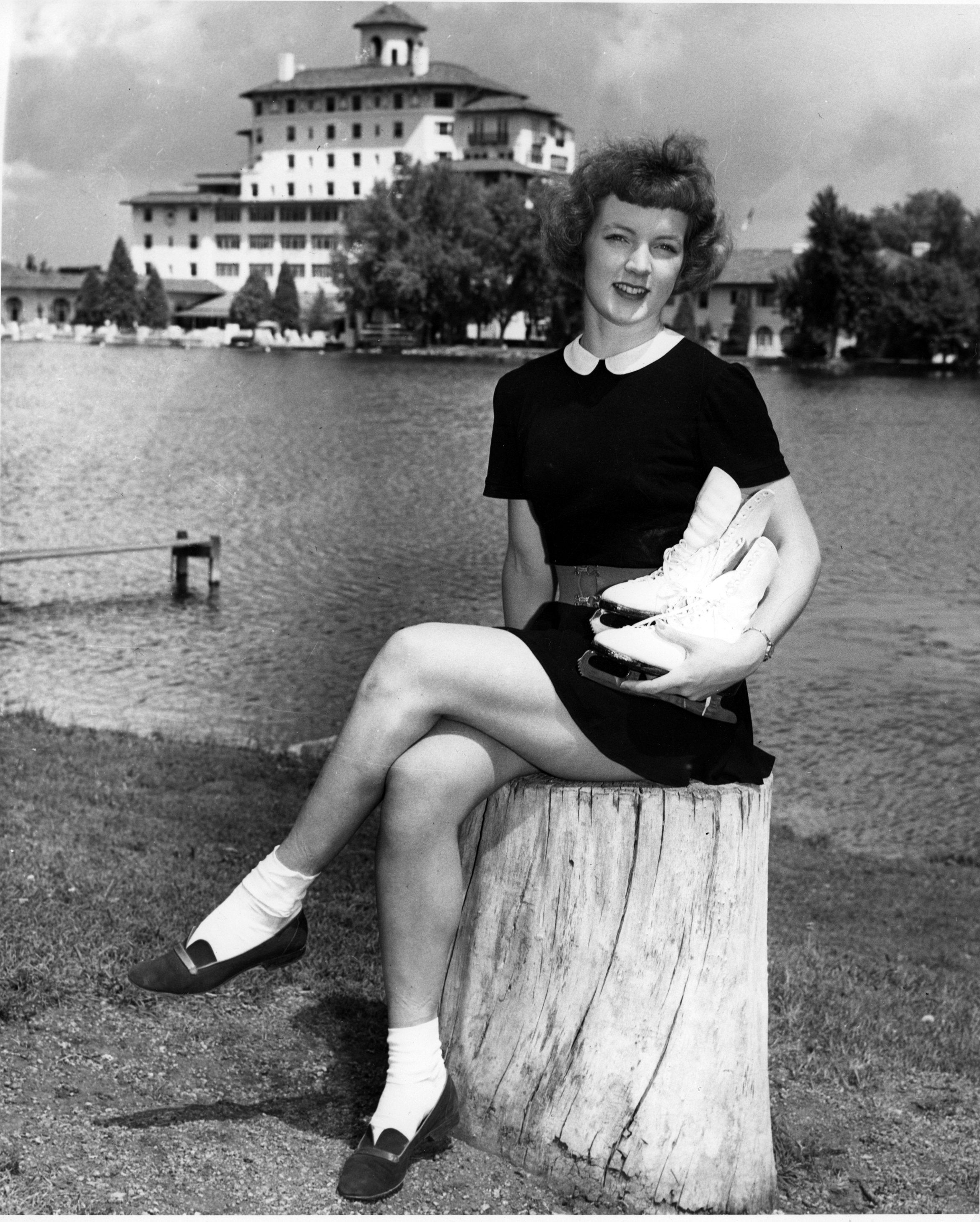 When Dr. Tenley Albright was first learning how to figure skate, World War II was raging and gas rationing meant that driving to a rink wasn’t a decision to be made lightly.

If it was raining, Albright’s mother would suggest that she just not skate that day, or she’d ask that her daughter get off the ice.

“And I’d say, ‘Can I have five more minutes?’” Albright said. “And I think it would’ve been psychologically bad if I had the opposite, if somebody said I had to do it. It was because I wanted to do it.”

This intrinsic motivation pushed Albright to not just an incredible skating career, but a truly incredible life.

It’s now been 65 years since her Olympic triumph, but Albright admits with a laugh that it doesn’t feel that long ago at all.

“I still dream skate and have an awful lot of fun, particularly because when I am dream skating, I can stay up in the air just as long as I want,” Albright said. “One of my favorite jumps was a delayed Axel, but dreaming about it, I can go around as many times as I want, and land as far away as I want, and go as high as I want.

“So it still feels very natural to me,” she said, chuckling.

Since Albright won Olympic gold, six other U.S. women have joined her – Carol Heiss (1960), Peggy Fleming (1968), Dorothy Hamill (1976), Kristi Yamaguchi (1992), Tara Lipinski (1998) and Sarah Hughes (2002). Those women, seven men and one ice dance team make up the exclusive club of U.S. Olympic gold medalists, and Albright counts reuniting to be honored with the group as one of the standout highlights of her career.

“That is always a thrill,” she said. “Even if we haven’t seen each other for a while, it’s just as if we’re seeing each other all the time, and I always love that.”

After the Olympics in 1956, Albright decided to follow her second passion: medicine. Her interest began when she was just 8 years old as she observed her father, a surgeon, loving his job.

“But you have to remember, at that time, nobody asked a little girl, ‘Little girl, what do you want to be when you grow up?’” Albright said. “So, I had the freedom of thinking whatever I wanted, but I was never challenged.”

She continued setting a new standard when she was one of just five women in her class at Harvard Medical School.

“I had something like seven interviews, including questions like, ‘Do you realize you’d be taking the place of a well-deserving young man?’ and ‘Did your mother or your father put you up to this?’” Albright said, laughing.

The joke was on them as Albright went into general surgery and taught at Harvard Medical School. According to the Academy of Achievement, she was a public advocate for health and prevention on the national and international stage before joining the Massachusetts Institute of Technology (MIT) as a visiting scientist in 2005.

Albright founded MIT Collaborative Initiatives, which promotes a systems-based approach to solving deep-rooted societal issues by engaging experts from a broad range of disciplines, and has tackled such issues as acute ischemic stroke, childhood obesity, post-traumatic stress in the military and the system of clinical trials. She’s also on the boards of Research!America and Bloomberg Philanthropies, and is on the executive advisory council of World.minds.

But the good doctor has been loath to leave the skating world behind, as she’s still very much involved with her beloved Skating Club of Boston, which opened its state-of-the-art facility a year ago. It includes three rinks and an Olympic-sized arena, a history wall, a cafe, an academic center and more.

“It is exciting,” Albright said. “When I first saw it, I called Dick Button and said, ‘Dick, if we had this for training, it would’ve been fantastic. Think what we could’ve done!’

“There’s something going on all the time, and there’s something to do all the time. And the skating library and the skating academic center are phenomenal, and in the good weather there’s a terrace you can go out on right from the academic center. It’s just remarkable. So it does feel very community-oriented, and the skating club has reached out to the community around it at Norwood, and Norwood has reached out to the skating club. So it’s quite a wonderful fit, and I think it’s going to be a model for how to make other facilities work well.”

The new Skating Club of Boston facility, which will host the 2021 U.S. International Figure Skating Classic and U.S. Challenge Skate on Sept. 15-19, also features the Tenley E. Albright Performance Center as its centerpiece.

“That was just amazing. That was amazing, and I was very, very touched. I never expected that my picture would be that big, though, I have to say,” Albright said with a laugh. “It’s a little overwhelming. My daughter knows I’m watching her skate every time she’s on that rink, which I enjoy.”

Albright says that, of all her accomplishments, she’s the proudest of her three daughters and the people they’ve become.

Now 86 years old, Albright has yet to slow down, and she relishes her role as a trailblazer for the next generations.

“I think when I was first at things, I wasn’t conscious of being first,” Albright said. “But I enjoy it. I enjoy the sort of exploring and finding out as the first. And I would like to encourage other people, grade-school children even, go ahead and try things. Even if it hasn’t been done, and even if you think it may be difficult or impossible. It’s such fun when it does work.

“There’s the good lesson of, when you fall down, you get back up again. I’m always saying that if you’re not falling, it means you’re not trying anything that’s hard enough for you.”