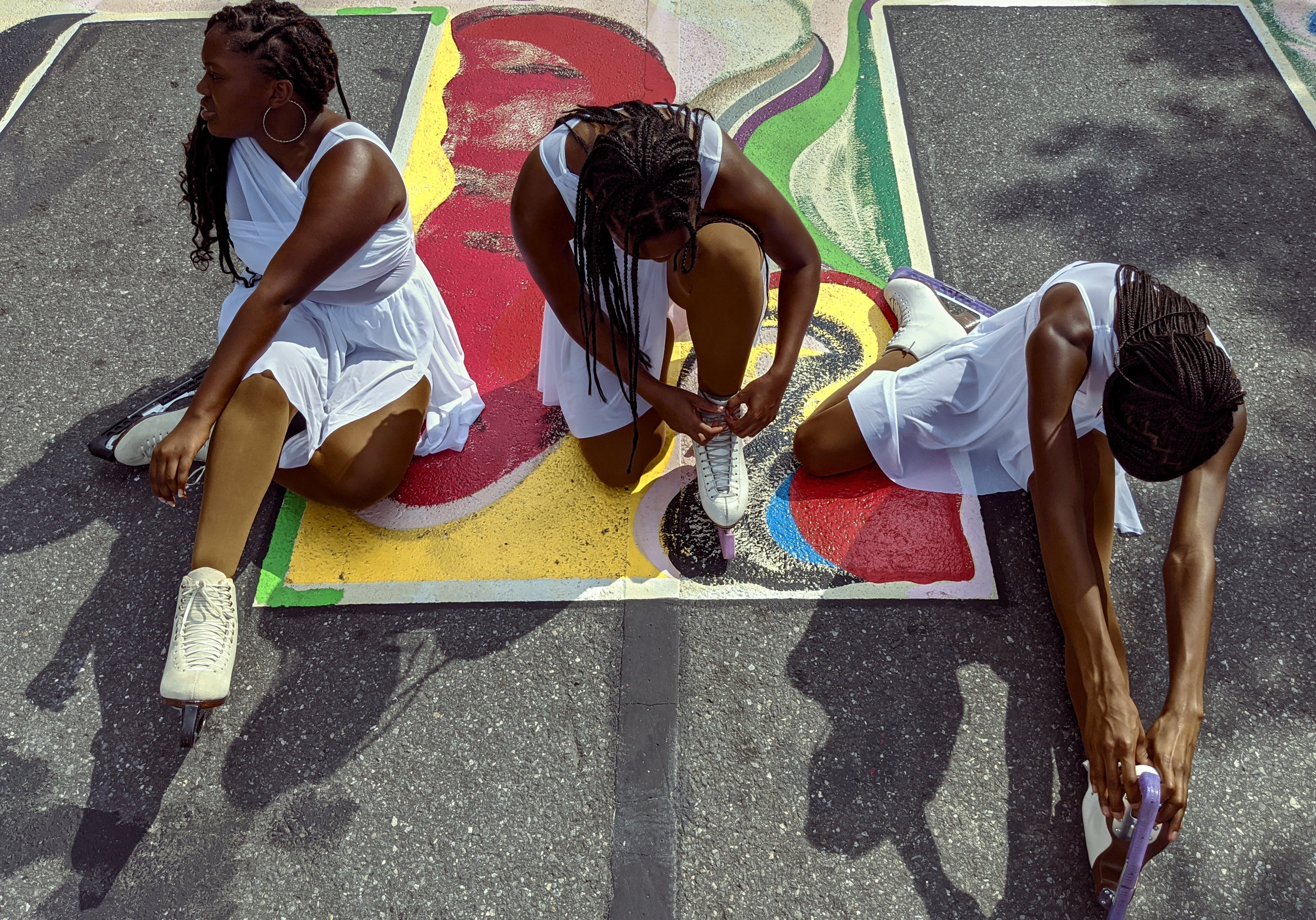 The three young women: Ariel, Shamyah and Cheyenne will all attend Howard University this fall, and Kissi titled the photos “From Harlem to Howard.” Several of the images appeared on the Nylon website. 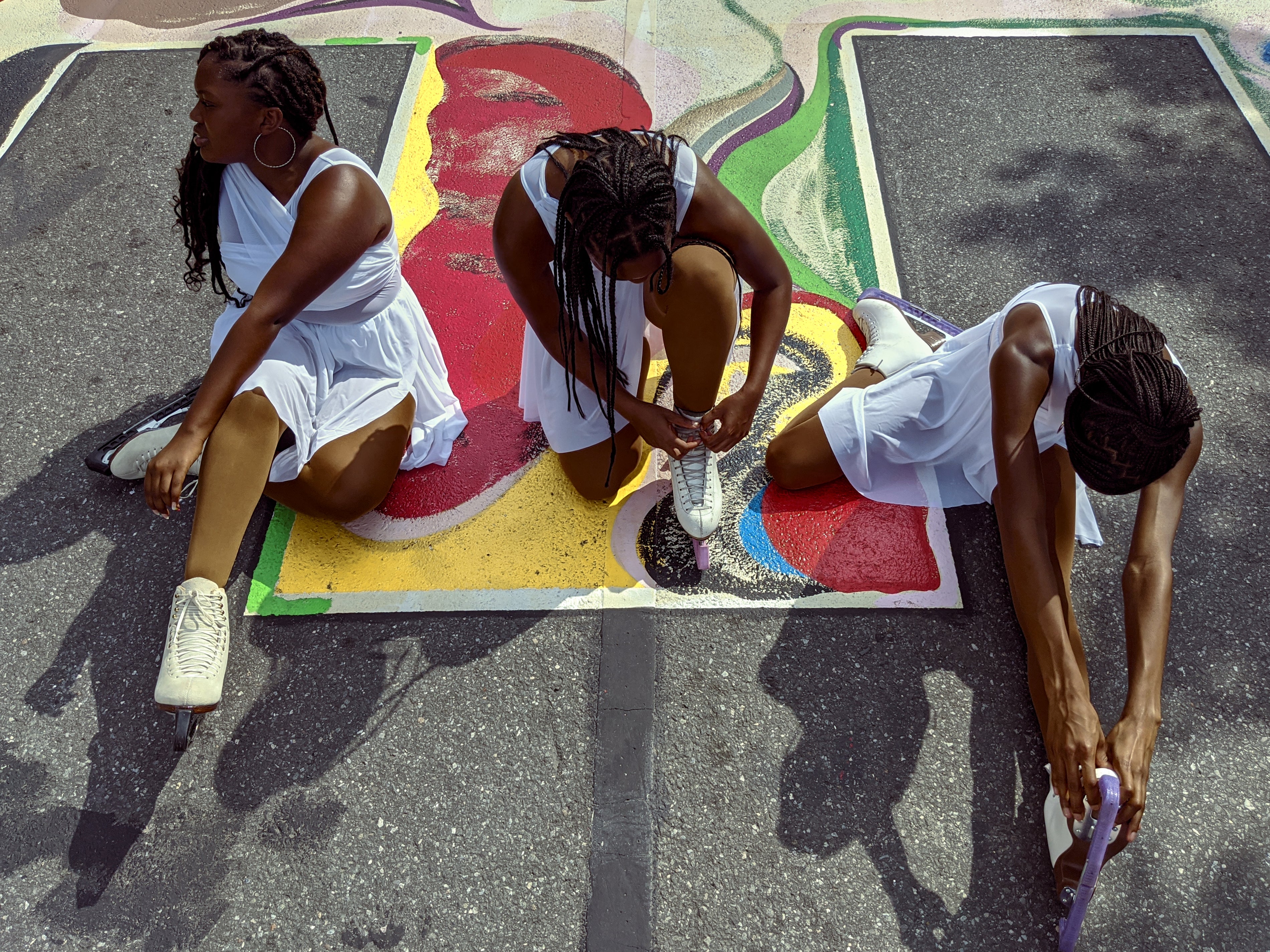 “I was drawn to their mission, to their vision,” he said. “I thought it was amazing that a sport not known as a diverse sport was somewhere that they were finding community.”

The three graduated high school last spring, but because of COVID-19 they will likely begin their college days with virtual learning. Kissi was curious how these three young women were coping. He reached out to FSH and said he was envisioning “From Harlem to Howard.” 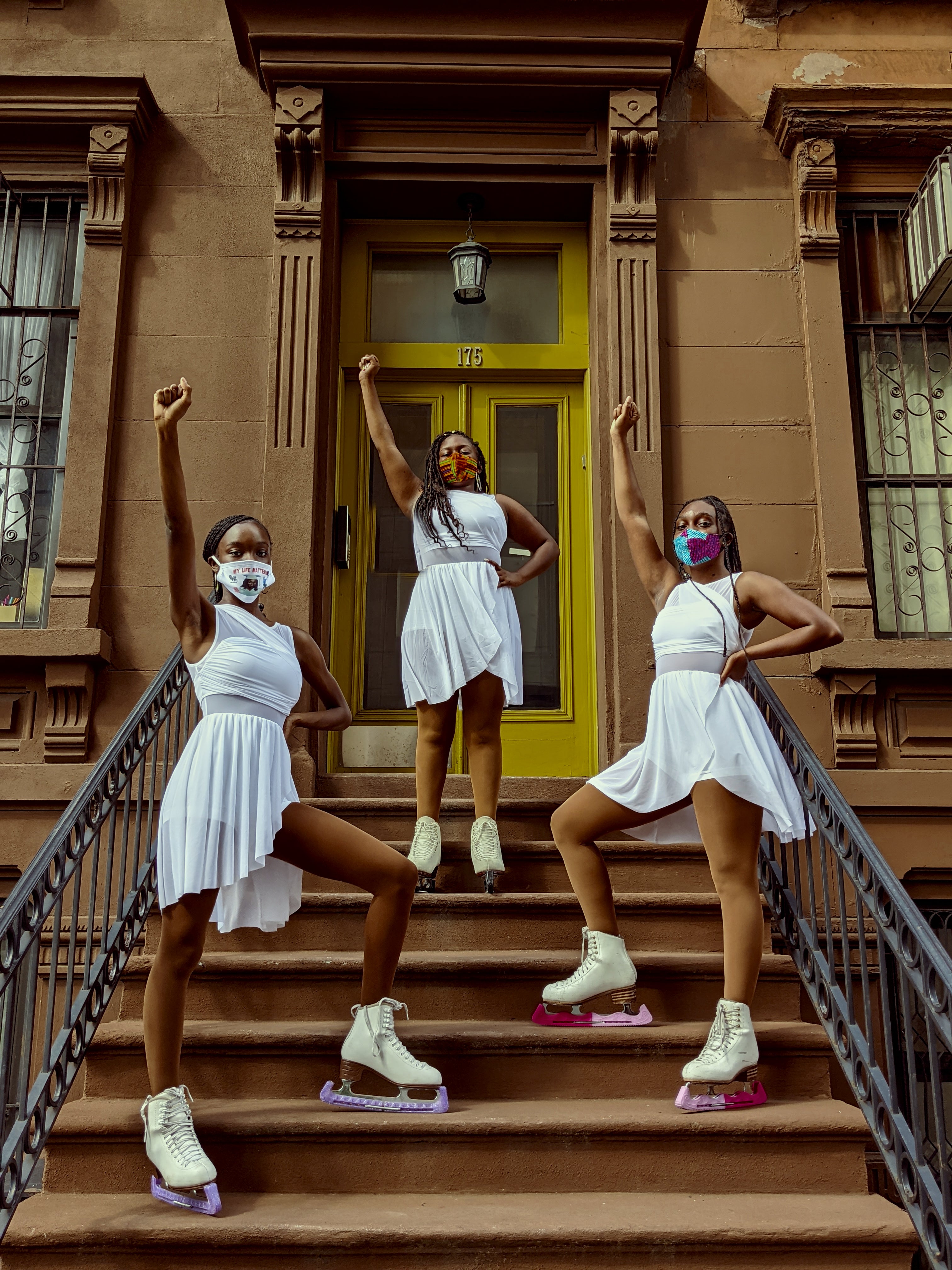 “It’s more so saying from safe space to safe space,” Kissi said. “I thought it was amazing they chose to go to Howard. They wanted to go to a school that reflected their community for them to thrive in. FSH as an organization has embedded these leadership skills into these young women where they’re making choices like this at 18 knowing the impact of what that means. I thought it was important to highlight that.”

He tried to create portraits that Ariel, Shamyah and Cheyenne could look back on years from now and reflect on this moment in their lives. Kissi said he wanted to play around with the dynamic of the three young women being in their figure skating clothes, but staged within an everyday environment.

“I think visibility is important,” Kissi said. “We were visibly able to show the rest of the community in Harlem what they’re doing … so the people of Harlem could see it and take it in. As we were photographing, there were a lot of people asking questions. It was kind of like a call to action. We wanted the neighborhood to play a part in how these girls feel because that’s what the community is all about.”

Kissi’s vision to celebrate them in the middle of Harlem took them to Harlem landmarks such as the Apollo Theater. He also photographed them in front of a brownstone, next to a mural and alongside the concrete of New York City, to show their skating lives and their everyday lives. 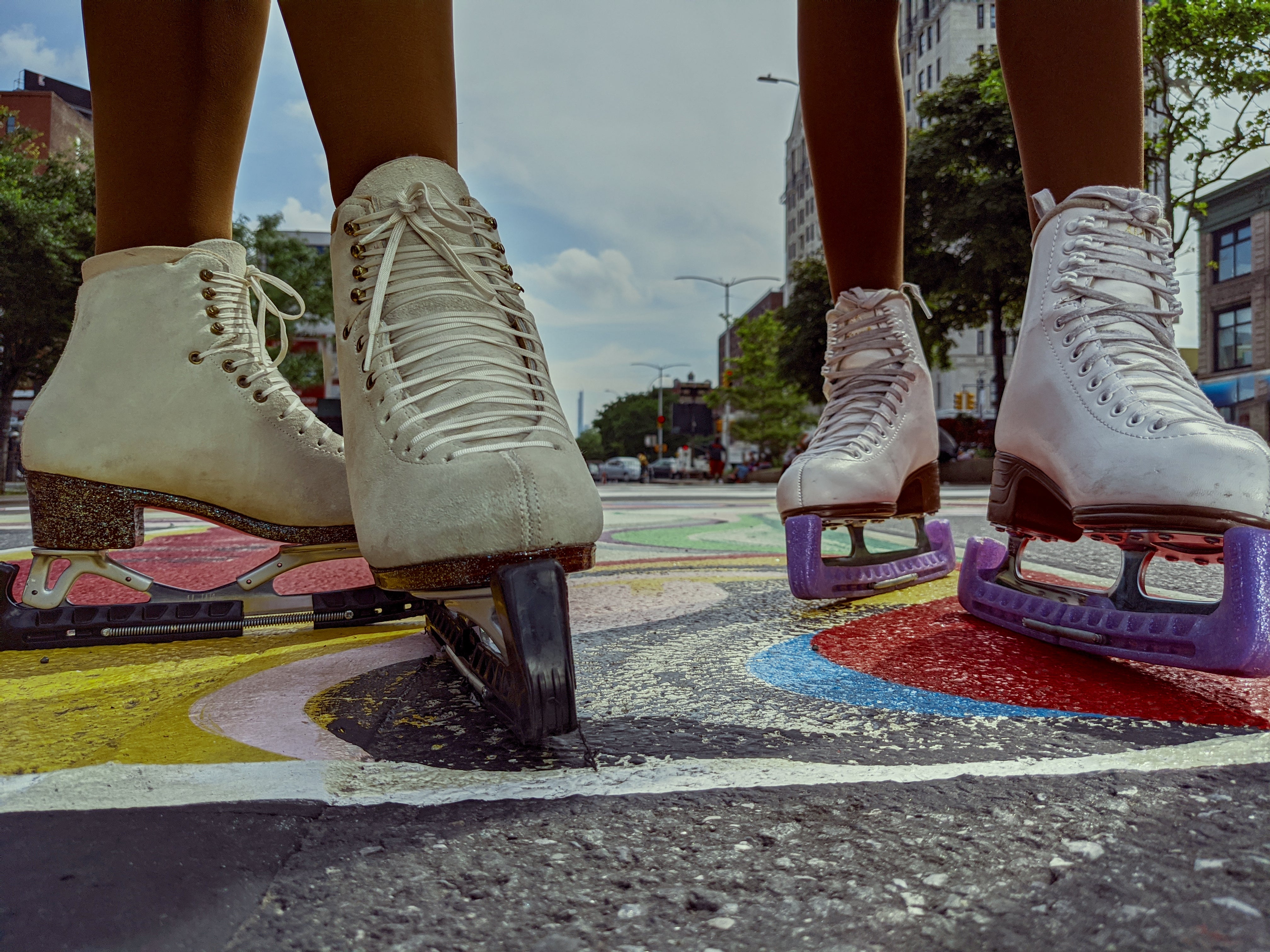 “Here is how to write history in this moment in a historical neighborhood like Harlem,” Kissi said. “This is not just life on ice. This is life as we see it as well. I wanted to take the sport away from the arena to this everyday perspective and have people react to that.”

The three skaters will also be featured in three episodes of “You Can’t Stop Sisters” in the Nike App. The NikeNYC Instagram also features each of the women’s stories and how Figure Skating in Harlem has shaped their lives.